Do you want the chance to work in one of the most beautiful places in the U.K? If you’re an Optometrist and you’re looking for Read More »

YOU MUST BE A QUALIFIED OPTOMETRIST REGISTERED ON THE GOC. My client has a very successful practice in the area with their main focus has Read More »

A very exciting opportunity has become available for a customer focused, commercially aware & self driven Optical Assistant on a full time, permanent basis. for Read More »

This is an open opportunity with a market leading opticians in a strong footfall location in the area. This practice is situated in a prime Read More »

YOU MUST BE A QUALIFIED OPTOMETRIST REGISTERED ON THE GOC. Inspired Selections are currently recruiting for an Optometrist to work with a high end independent Read More »

Optical Assistant looking for the next step in you career? Rapid progression available. An exciting opportunity has become available for an experienced optical assistant to Read More »

A very exciting opportunity for a newly qualified optometrist to join a well-established team within a very nice Surrey town. This is initially a part Read More »

YOU MUST BE A QUALIFIED OPTOMETRIST REGISTERED ON THE GOC. My client is a very successful and well-known independent group are now looking for a Read More »

Don’t see what you’re looking for?

Tackling weird interview questions – What tree would you be and why? 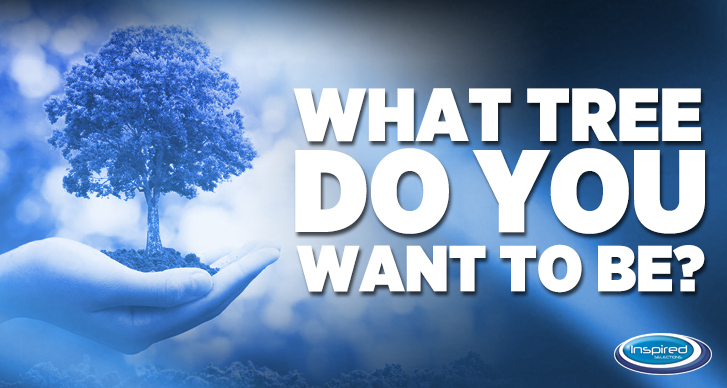 You’re almost at the end of a job interview. You’ve given your presentation, survived the Q&A and breezed through an example of your problem-solving prowess. And then you’re asked ‘Why are manhole covers round?’

Chances are you’ve never given much thought to that line of enquiry before. Nor which tree you’d be, how to build a tower out of spaghetti, or what your spirit animal is, but obscure interview questions like this are becoming more common in job interviews. With such a competitive job market, employers are finding new and whacky ways to suss out potential employees.

From ‘Which fruit would you be?’ to ‘How many elephants can you fit in your car?’, how should you handle puzzling questions like this? “The key is to take your time to think about the question and why they might be asking it,” says Dean Ball, regional managing director at Michael Page. “How can it relate to the company or the role? Is it a chance to show off your mathematical ability, lateral thinking or engineering know-how? Or is it just there to test your personality and creativity, or demonstrate that you have a sense of humour? Apply a reasonable rationale to your answer and your efforts will be recognised.”

But squeezing large mammals into vehicles seems positively normal compared to some of the weirdest interview questions you’ve had put to you. Elle, 32, from Edinburgh, was asked ‘What’s your favourite smell?’ in a job for a PR firm. Annie, 29, from London, was asked to pick colours from a chart and explain how they made her feel. That might be understandable if she were applying to be an interior designer, but it was for a job as a legal researcher. Alex, 24, from Surrey, was asked to provide his birth date and birth location so that his potential employer could do a ‘star chart’ to see if he was a good fit for the role.

“Err…can you repeat the question, please?”

Sometimes, interview questions can get physical. Steve, 32, from Bristol, was told to ‘think fast!’ as a tennis ball was thrown in his face during an interview for a well-known estate agent. You may find yourself being asked to construct something seemingly random during an interview, eg a bridge out of straws, a house out of lollipop sticks or even flatpack furniture. Hannah, 23, from Cornwall, reports that she was asked to pretend to be a chicken and sing a song during one round of interviews for a supermarket grad scheme.

Being thrown a curveball task that you’ve been totally unable to prepare for can be pretty nerve-wracking. Remember that there’s unlikely to be a ‘perfect’ response to these random queries so try to keep your cool and have faith in your ability to do the role you’ve applied for.

But when it comes to odd questions, there is a line that can’t be crossed. Unacceptable questions you’ve been asked in interviews include ‘Do you want children?’, ‘Are you in a relationship?’ and ‘What does your girlfriend think about you applying for this job?’ Catherine, 31, from Bristol, was asked ‘Which of the panel do you find most attractive?’ when applying to work as a reporter on a national newspaper.

“Anything regarding age, nationality, race, disability, family status, religion or sexual preferences is illegal to ask in an interview,” says Roger Maftean, a careers expert at Resume Lab. “If you are asked, you can simply state: ‘I don’t see how this question is applicable to the position’ and file a complaint to the company’s HR department. Generally, if a question makes you feel uncomfortable and inappropriate, then don’t feel obliged to answer it.”

Although unexpected interview questions are designed to throw you off guard, it might be worth having a think in advance of some of the classic asks. ‘Tell us a joke’ is a particularly common one which many people report having a mental blank on (or blurting out something inappropriate in a panic).

And if you’re still wondering – a round manhole cover cannot fall through its circular opening, whereas a square manhole cover could fall in if it were inserted diagonally in the hole. So that’s one less question to worry about.