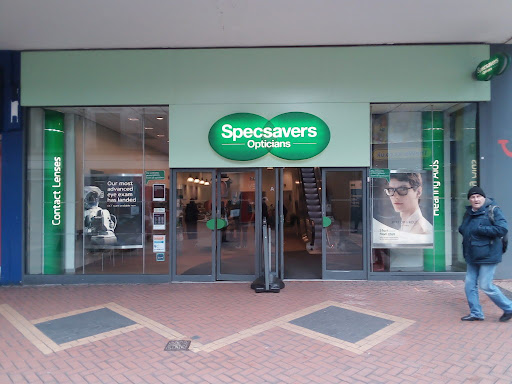 Specsavers is the UK’s largest employer of registered optometrists and dispensing opticians. Every Specsavers’ optician is registered with the General Optical Council ensuring customers eyes are tested, and glasses are prescribed by registered and qualified practitioners.

By 2008, Specsavers had amassed more than 1390 stores. The group now operates worldwide in many countries including the Netherlands, Spain, Australia and New Zealand.

Specsavers is a champion of the National Health Service – of its 17.3m customers in the UK, 60% are from the NHS and the company is the largest provider of free NHS digital hearing aids.

Specsavers also sell designer optical collections by Jeff Banks, Timberland and Quiksilver for men, Converse and Tommy Hilfiger for men and women, and Roxy and Karen Millen for women.

The co-founder of Specsavers, Mary Perkins, was appointed a Dame Commander of the Order of the British Empire in the Queen’s Birthday Honours List in 2007 in recognition of her services to business and the community in Guernsey.

Many of the UK’s major high street dispensing opticians choose Inspired Selections as their main supplier of Optometrists, Dispensing Opticians, Practice Managers, Contact Lens Opticians and retail staff. We are able to offer almost all of the most sought after vacancies in the industry.

Find out more about our featured employers